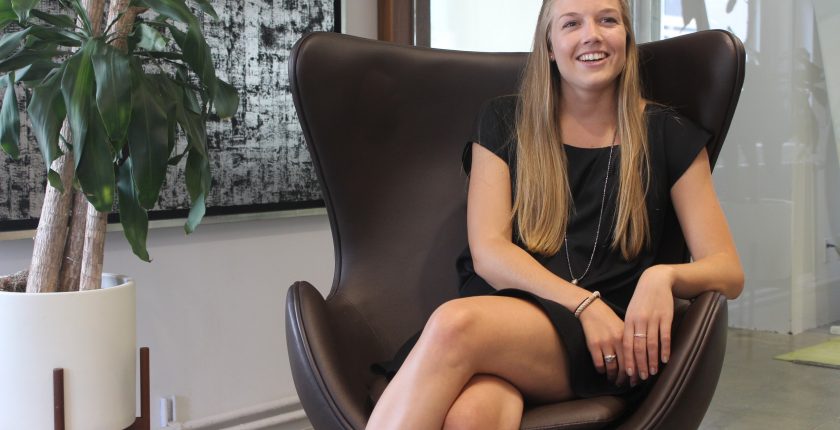 Annie Davies: From Candidate to Colleague

Like many people who come to Russell Tobin looking for their next job opportunity, Annie Davies walked through the company’s doors as a prospective candidate, but left as an RTA employee instead.

After a little over a year working as an Associate Recruiter on the R4R team, Davies says she fell in love with her colleagues, the company’s culture, and the unlimited opportunities that Russell Tobin has to offer.

“My experience has been very positive so far,” Davies says. “I love that I’m able to make an impact on someone’s career and help them find their next opportunity. I also really like that there is so much room for opportunity and continuous growth.”

Before coming to Russell Tobin, Davies worked for a marketing agency where she loved the client-to-people interactions the most. While this aspect of the job wasn’t part of her daily routine, she wanted her next lease on life to focus more on opportunities where she could have more personable interactions throughout her day.

In her current role, Davies works with prospect talent by helping them with interviewing and finding new jobs. She encourages her candidates to always have a positive attitude, an open mind, to explore new opportunities, and to keep future doors open.

When she’s not placing candidates or working with clients, Davies enjoys the culture at Russell Tobin. From the company’s holiday parties—specifically the annual Cinco de Mayo bash that helps kick off the summer—to Fridays in the office where everyone enjoys breakfast together and finishes the day off with a fun Happy Hour on the Flight Deck—she can’t get enough of the fun team vibes and office comradery. “[Friday] is a day where you’re able to really see and interact with so many people in the office and celebrate another week of hard work,” she says.

While Davies enjoys the perks of “playing hard,” she also knows the importance of working hard, too—especially when it comes to her overall growth as a professional. And at Russell Tobin, she feels like she gets a great balance of both.

“From a personal standpoint, I’ve been told that nothing will come easy and to always work hard in every aspect of my life—but with that, working hard means nothing without having fun,” Davies says. “This advice really helped me to prioritize my work and figure out why I want to be successful and really focus on that part of my career, rather than being distracted by some of the other factors… I think it was figuring out what motivates me most and really taking a step back to figure that out.”

In her downtime, you might catch Davies taking a stroll around the block to take in the Midtown views for a nice, healthy breath of fresh air. And if you can’t find her out and about on Lexington Avenue, be sure to check out her other safe haven—the gym.

Russell Tobin thanks Davies for her continued success and contributions to its R4R team, and better yet, wishes her luck as she prepares to compete in the New York City Marathon this upcoming November.