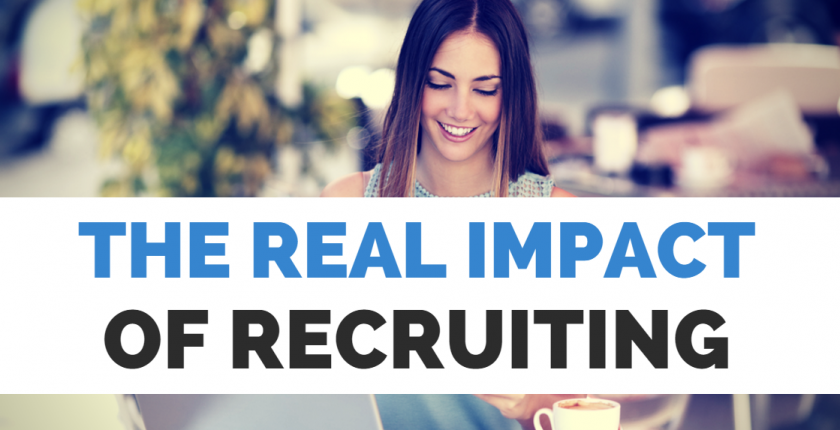 The Real Impact of Recruiting

When people ask me what I do for a living I tell them, “I identify creative talent; from Art Directors to Web Designers to Copywriters.” These individuals could be in a corporate setting, in an advertising agency, a design or entertainment firm. I am always so proud to place candidates in these types of positions because the responsibilities are so fascinating to me; like designing a music album or an ad you might have seen on the subway on your way to work.

One day, a client asked me to source a long-term proofreader. I successfully placed Alejandro, who wanted to be a copywriter but ultimately had the skills to proofread. Over the course of several months, Alejandro began to express his desire to follow his passion of becoming a copywriter. “As soon as a copywriter position becomes available, Alejandro, you will be the first to know,” I told him. As Alejandro’s responsibilities started to increase and cover many of the tasks a copywriter would do, I began to recognize the urgency in Alejandro’s tone. I always kept a baseball at my desk as a reminder that when freelancers expressed interest in a promotion, you’re often playing hardball. If anyone has been in a recruiter’s shoes, they know how challenging it can be to ask your client for a raise.

I went to bat for Alejandro and did get him a raise along with a title change to ‘Copywriter.’ He has since relocated to California with his wife, who he would later meet at the company. They have a beautiful family with kids and are very happy. I often think about how his life might have changed had he not accepted his position as a proofreader. Alejandro took a chance, stuck it out for so many months, and not only found a job but a wife and family.

For me, placing people in jobs is a life changing event. While some placements do not work out, others have very happy endings. I couldn’t be more proud to place creative talent, from Art Directors to Web Designers to Proofreaders.