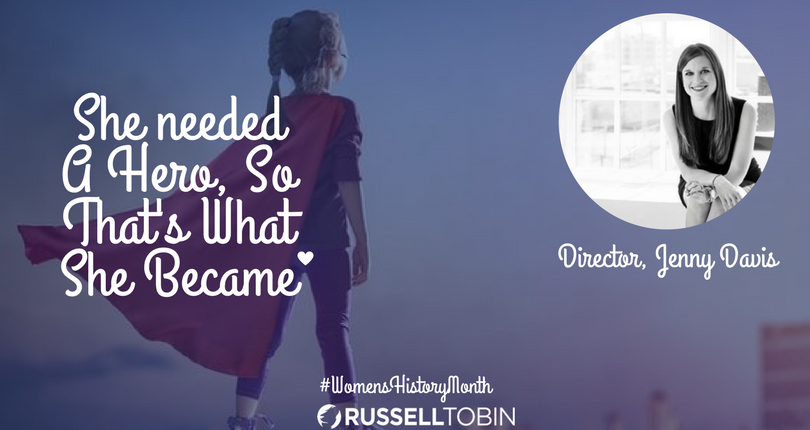 ‘The Women That Were Willing to be the First’

Meet Jenny Davis, Director of the National Recruitment Center in Minneapolis. Jenny was the very first person to start a Russell Tobin office in Minneapolis and Milwaukee. Nearly four years ago, she took a leap of bravery by starting the first Minneapolis branch in her kitchen, alone. Fast forward 4 years and there are now 30 people sitting in the Russell Tobin office downtown Minneapolis. Jenny didn’t stop there – she opened another office in Milwaukee, WI and shows no signs of slowing down on the office expansion.

In honor of Women’s History Month, Jenny provided us with the women that inspire her the most.

“To me, the most inspiring women are the women that were willing to be the first. Whether she was the first woman on her high school’s football team, the first woman to serve on a Fortune 100 Board of Directors, or the first woman in her family to graduate college. Regardless of what ‘the first’ was, the bravery is evident,” Jenny Said.

Jenny is certainly walking the walk when it comes to inspiring women. Jenny finds herself inspired by the women who were the first, and what she may or may not realize, she is one of them.

Thank you, Jenny, for being a source of inspiration, courage and bravery for all women and men.